It has been quite the start to a New Year and Danielle and I have many things to share about. Most significantly, our two week trip to Japan where we visited and ministered together with our great friends, Erich & Emi. The trip deserves a post of its own and will get one soon, but if you want quick details you can read about it here on their blog. Additionally, I’ve been chatting with the Lord on a variety of topics, which I hope to write about soon. Some of those topics to look forward to:

I’ve had something different on my mind lately. Residing in downtown Seattle, we’ve had front row seats to the unrest the city has been experiencing. For those of you who are unaware, here’s what downtown has looked like on multiple occasions recently: 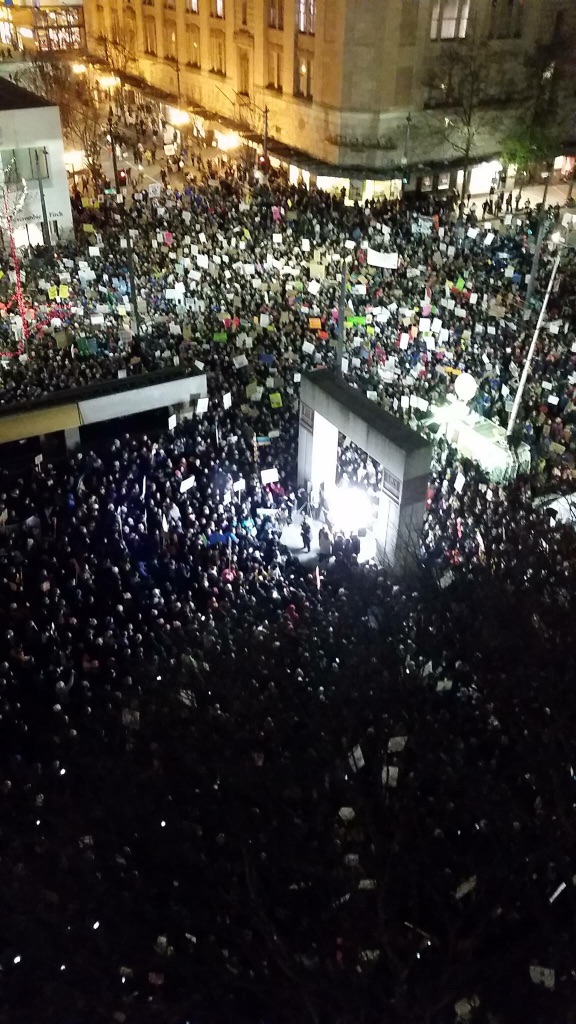 Seeing this, I couldn’t help but start asking myself questions.

Though, they’re probably not the same ones we’ve come to expect commentary on.

With the perspective that “Jesus is perfect theology,” I went looking for some answers.

If you go looking for Jesus’ direct involvement in the politics of his day, you’re gonna turn up mostly empty handed.

In fact, nothing in the New Testament shows Jesus speaking out against political issues. Conversely, one could say he actively avoided it. Despite the Roman occupation of the Jews, their desire for the Messiah to deliver them from that occupation, and the hope of re-establishing a Jewish kingdom; Jesus seemed predominantly concerned with another Kingdom entirely.

So Jesus, perceiving that they were intending to come and take Him by force to make Him king, withdrew again to the mountain by Himself alone. (John 6:15 NASB)

Naturally, one would think that shifting a political environment would best be accomplished from the very position he refused.

When hoping to trap Jesus in a political debate, Jesus evades the Pharisees with elegance.

Then the Pharisees went out and laid plans to trap him in his words… “Teacher,” they said, “we know you are a man of integrity and that you teach the way of God in accordance with the truth. You aren’t swayed by men, because you pay no attention to who they are. Tell us then, what is your opinion? Is it right to pay taxes to Caesar or not?” But Jesus, knowing their evil intent, said, “You hypocrites, why are you trying to trap me? Show me the coin used for paying the tax.” They brought him a denarius, and he asked them, “Whose portrait is this? And whose inscription?” “Caesar’s,” they replied. Then he said to them, “Give to Caesar what is Caesar’s, and to God what is God’s.” When they heard this, they were amazed. So they left him and went away. (Matthew 22:15-22 NASB)

Finally, when questioned about His kingship by Pontius Pilate, the appointed Roman leader of Judea, Jesus points to another realm.

Jesus answered, “My kingdom is not of this world. If My kingdom were of this world, then My servants would be fighting so that I would not be handed over to the Jews; but as it is, My kingdom is not of this realm.” Therefore Pilate said to Him, “So You are a king?” Jesus answered, “You say correctly that I am a king. For this I have been born, and for this I have come into the world, to testify to the truth. Everyone who is of the truth hears My voice.” (John 18:33-37 NASB)

First off, let me make this abundantly clear: I’m not writing this to condone or condemn anyone’s actions. Honestly, I don’t care too much what others are doing. As Danny Silk says, “On a good day, I can manage myself.” Especially outside of the context of my immediate relationships. (I’m sure some would accuse me of something nasty for saying that, but I find that I can keep myself quite active ushering in the Kingdom of God and its agenda to earth.)

That said, by examining the life of Jesus we can make a few different arguments. One being…

We too are to be led by the Holy Spirit, and “what the Father is doing” can look different to various individuals. With others, it may align. (Determining, or judging, the direction we believe to hear is an entire topic unto itself, and I won’t get into that here and now.) Fortunately, we have an excellent set of guidelines and a living, perfect example.

We can, and should, entirely devote ourselves, despite circumstances, to the missions that Jesus specifically gave His followers:

One thing I can confidently say is that if our responses or actions ever lack or contradict these commands, we can be sure that we’re personally due for some re-evaluation.

In my opinion, the most powerful and radical thing we can ever do is follow suit with Paul’s approach to the Corinthians:

For I determined to know nothing among you except Jesus Christ, and Him crucified. (1 Corinthians 2:2 NASB)

Thanks for taking the time to read, and I hope to have stirred up some thoughts.

Peace, love, and of course, free guacamole for all burritos… 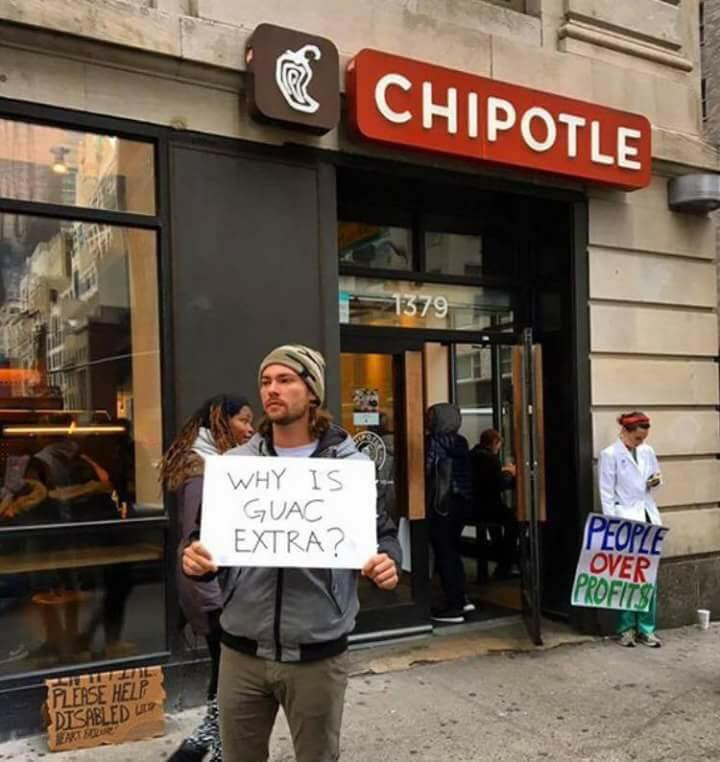